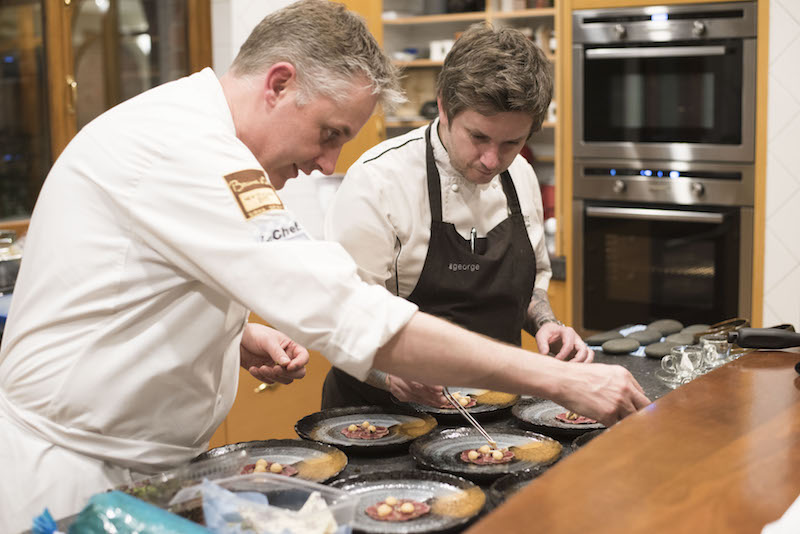 The Rees Queenstown has announce the appointment of culinary Olympian and top 20 best young chef in the world, Corey Hume as Executive Chef.  Chef Hume, a former member of the New Zealand National Culinary Olympic team has a “blue sky vision” for the hotel’s international award winning restaurant, True South Dining Room  taking up the reins in October.

Mark Rose, Chief Executive of The Rees believes it’s a real coup to have attracted such a phenomenal Chef to be steward of True South in its next chapter.

“Corey is world-class – both in his creative calibre and kind-heartedness given his service record mentoring chefs and raising funds for important community causes. We’re all hugely excited to welcome him aboard to our team,” Rose says.

Cantabrian Hume wants to create an experience for both locals and overseas guests alike that is truly definitive of “True South” – a restaurant with a burgeoning trophy cabinet of its own that’s situated overlooking the Remarkables mountain range on the shores of Lake Wakatipu.

Style-wise he’s passionate about staying seasonal using only the finest ingredients yet likes to have fun by creating surprises, confessing to “love of a bit of theatre” in his approach.

His CV is impeccable just like his professional technique with a multi-page roll-call noting national and international distinctions, excellence awards, world chef affiliations, a global scholarship to the US, a guest chef secondment in Japan, a Board membership to Bocuse d’Or New Zealand, a national culinary Coach role and a clutch of bronze, silver and gold medals. Yet despite all the accolades, including reaching one of the top echelons of the profession – competing in the World Culinary Olympics, Chef keeps grounded with humble values and a collaborative spirit based on a strong purpose and direction.

Inspired by his foodie grandparents – fondly remembering “the fresh biscuits and baking”, Hume was hooked from the tender age of 16 to be a chef and trained at Christchurch Polytechnic in the late nineties.

He describes his cookery as constantly evolving boosted by his love of travel throughout the world – after residencies working in Japan, Oman and exposure in the US for several preeminent Michelin star restaurant.

“I believe in honesty and authenticity – with a twist,” Hume says describing his signature style.

A memorable meal for Hume is full of flavour, follows the seasons, has a thoughtfulness in composition yet stays humble.He’s driven to “create and share that passion with his team first and foremost as well as interacting with guests at the table”. He looks forward to cultivating a team that excel in their roles.

“I was always taught to create a team of future leaders.”

He looks forward to supporting the micro industry of local growers.

“Some ingredients I discovered in Michelin restaurants overseas are now being grown in our region. It’s important I partner with like-minded individuals and companies to enhance what we serve to our guests.”

Chef Hume believes Queenstown is an inspiring place to live. “There are few places where the view is as magnificent.”