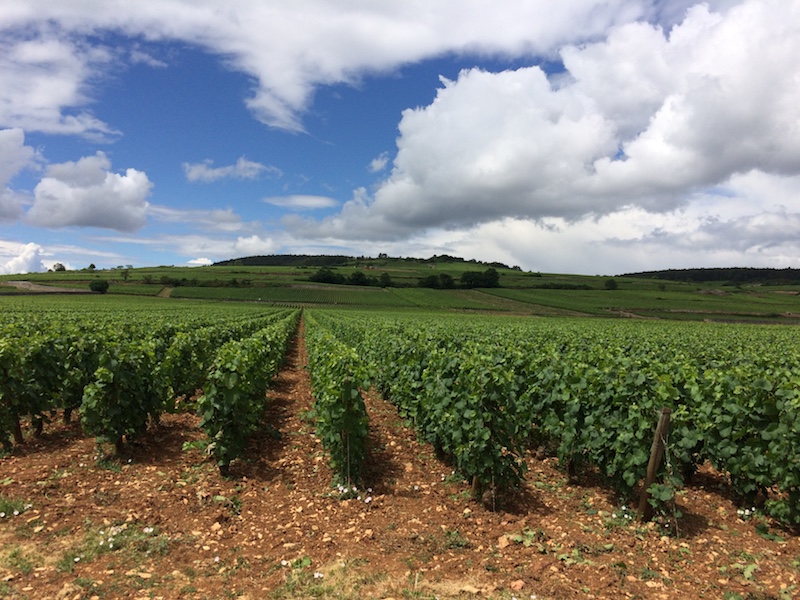 This year I completed my 34thconsecutive grape harvest in Central Otago – that’s as long as anyone has been growing grapes commercially for wine here. And what a privilege it’s been to be part of a region that began as a tiny, unlikely upstart at the bottom of the wine world and flourished to gain international recognition for the quality of its wines, particularly Point Noir.

About the time we were releasing our first wines on a sceptical market in 1987, a young Frenchman named Francois Millet was taking over the reins as oenologist at the centuries old Domaine Comte Georges de Vogüéin the Burgundy appellation of Chambolle-Musigny. In the 34 years since, Francois has gone on to carve a reputation as one of Burgundy’s most respected and skilled winemakers, his wines selling in New Zealand from $200 to nearly $2000 a bottle.

With the world his oyster this “rock star” wine figure has chosen Central Otago as the place to make wine in his off-season.  For several years he has been commuting here to work with local winemaker, Paul Pujol, at the Prophet’s Rock vineyard in Bendigo. The result of that collaboration is the Prophet’s Rock Couvee aux Antipodes, a unique coming together of winemaking cultures and people –but above all an expression of the soils and climate of a patch of land high up in the hills at Bendigo as seen through the sensitive lens of a remarkable Frenchman.

I had the privilege of working alongside both men this vintage at the new Prophet’s Rock winery.  Five young interns and trainees from New Zealand, Canada, France, Australia and Ireland and I followed this giant of our industry around like acolytes, soaking up his every word of wisdom.  And there were many.

On reflection “rock star” is totally the wrong image to pin on Francois Millet.  The man is quietly spoken, humble, generous with his time and knowledge and like his approach to winemaking, gentle in manner.  Many of us have been moving away from the heavy handed, interventionist winemaking approach we learned in the 1990s and early 2000s when we used all sorts of modern techniques to extract tannins and flavours and produce showy wines.  But Francois brought a whole new meaning to the term “hands-off winemaking”.

Without getting into a technical discussion Francois’ philosophy in essence is this:

You must listen to what your vineyard has to say.  Treat the soils and vines with respect, harvest correctly and nurse the wines with gentleness.  It’s more about what you don’t do rather than imposing your human will on what nature is giving you.

Many winemakers subscribe to that principle.  But the tools he uses to achieve his stunning wines are not normally found in New Zealand wineries.  One of them is an old-fashioned watering can –but that’s another story.  This old winemaker and five young ones finished the vintage with some radical ideas about creating wines with delicacy, finesse and a sense of place.

“I never expected to be exposed to such a vast range of new ideas” says intern Brian Shaw from Northern Ireland who is undertaking a degree course in oenology at Plumbton College in England.  Brian has completed vintages in Central Otago, Australia and England but says his whole attitude to how he will approach winemaking in the future has changed.