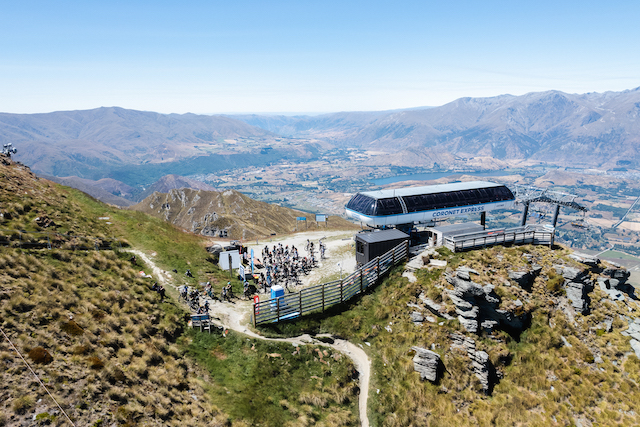 What was the bike vibe at Coronet Peak this summer?

It’s been really awesome and has just grown as the season has gone on.  The energy has been fantastic.  This year has been a step up for Coronet Peak facilities with our bike shuttles and the new Upper Rude Rock trail hitting the sweet spot with bikers. Local riders have definitely dominated our trails which has been good to see.

How much investment has gone into Coronet Peak’s riding facilities?

All the investment has come from the owners of the ski area, the Davies family, to ensure Coronet Peak is an all season plug in and play destination. We certainly would like to have extended more MTB trails but being in a DOC reserve we are rightly held to a higher standard ecologically. There are some strategy considerations being worked out by DOC which have delayed progress a little but they have been very supportive and stepped up in getting permission for us to build the Upper Rude Rock trail and maintain the existing trails. The biggest investment is the new Coronet Express with gondolas perfect for carrying bike racks – it’s the key piece of infrastructure that’s made this new focus possible.

Are there more trails and improvements to come?

Definitely. A freshen up of the XC trail is first on the cards and we are preparing a master plan with another projected 12 to 15 kilometres of trails, two of which head down from the ski area to the valley.  The plan will go to DOC for assessment over winter, so look out next year as it should be epic.

What’s your favourite trail to ride during the autumn season?

Upper Rude Rock is just so smooth that you can just let the bike run and use the legs. It really flows and hats off to Dirttech who designed it.  The trail suits such a wide range of riders and Oscar, our mountain dog mascot loves it as well.”