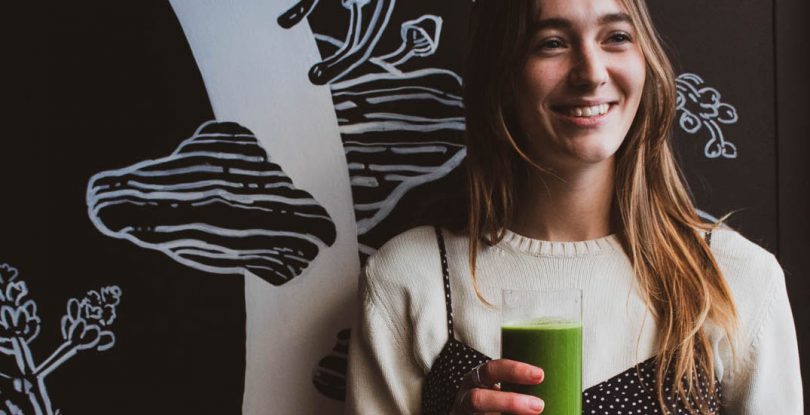 One of Wanaka’s best-known restaurants, forced to close last year after a devastating fire, has re-opened with a renewed emphasis on organic and conscious dining.

Ode specialises in ethical, sustainable and innovative cuisine and recently celebrated its relaunch under the guidance of owner and visionary chef, Lucas Parkinson, and his partner Larissa McDonough.

Lucas says it has been a trying year after the fire and they are excited to finally unveil the revamped restaurant and introduce a new breakfast and brunch menu, as well as their acclaimed Ode evening dining experience.

“Breakfast is really for the locals,” says Lucas. “As a high-end restaurant we only get to see the locals every now and then for a special night out, but breakfast is something they can enjoy regularly and we love having that connection with them.”

“We serve a classic breakfast that’s been amplified. For example, instead of mushrooms on toast, you’ll get five types of organic mushrooms that are grown locally and specifically for us, on sourdough made by our own baker with black garlic butter and poached organic eggs on top.”

Lucas and Larissa’s commitment to the community and the environment is evident throughout Ode, from the décor to the menu. They work as a team trailblazing  the New Zealand restaurant scene with their conscious dining values –  Lucas masterminds the cuisine while Larissa is the driving force behind the interior fit out for the restaurant’s world-class dining room. Her mentoring role with staff is reflected in their high customer service standards.

Lucas recalls when Ode first opened in June 2017, it was one of only five organic restaurants in the country, and the only one in the Southern Lakes.

“The concept is for both human health and for the health of the planet. Good food starts with respecting the integrity of the ingredients, that’s why we only cook with organic, ethical, sustainable and seasonal ingredients,” he says.

“I want my daughter to have a future and her children to have a future. We all need to do our bit and Ode is a good example of a restaurant that survives serving only organics, has low wastage and uses only local produce. That cuts down on carbon mileage and reduces the effect we have on Earth.”

Lucas Parkinson trained under some of the best chefs in the world and his vast experience has enabled him to create an extraordinary dining experience for the mind, palate and senses.

The set evening menu consists of three courses or an eight-course flagship menu integrating the best produce available in the region.

“It’s all about storytelling,” he says. “When people dine for eight courses, each course has a name and a story behind it. We also wanted to give diners something to think about when they leave Ode, so at the end of the evening, we hand them an envelope with the full story, which is connected with a lot of emotion and raw truths. This means when people leave Ode, the experience continues.”

Some of the current dishes represent the rollercoaster past year for Ode, such as the all-black Lights Outdish, inspired by the fire which closed the restaurant. Another known as The Phoenix Touris a nod to the success Lucas achieved, while collaborating with some of New Zealand’s top chefs and wineries, when Ode was temporarily closed.

Plant-based dishes are a highlight of the dégustation, while only premium wild shot game or line-caught fish are served on the Ode menu.

“I believe we are what we eat and that all food has energy,” says Lucas. “If you eat good food, you’ll get good energy but eat bad food and you’ll get only bad energy. For this reason, we only serve wild shot game where the animals don’t encounter stress.”