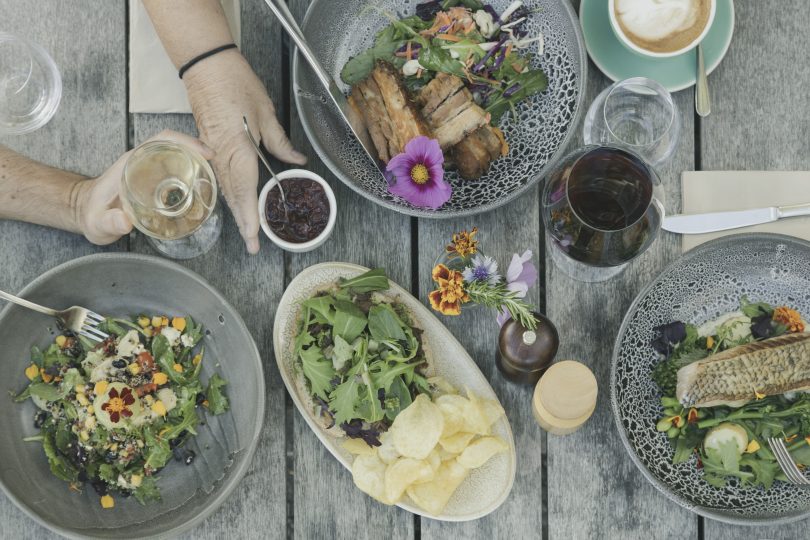 Prominent Bannockburn winery, Carrick, is opening a fresh chapter under its new owners Tony and Alison Cleland who have a passion for both wine and the Central Otago region.

The couple previously established a large dairy business in Southland, also launching the specialist farm management investment company FarmRight, but were keen for a different challenge.

“Tony and Alison have a love for wine and had been frequent clients of Carrick so when the property went on the market, they felt it was the right move,” says sales and marketing manager Catherine Douglas. “They were attracted to the business by the high-quality Carrick wines, the excellent restaurant and the stunning Central Otago setting Bannockburn offers.”

The vineyard was first planted in 1994 and takes its name from the Carrick Range which backdrops the property.

“We are a single sub-region winery with all three of our vineyards , winery, restaurant and cellar door located on Cairnmuir Road in Bannockburn,” says Catherine. “The vineyard has been certified organic since 2008 and half the site is the original plantings on its own roots. Sixty per cent of our production is in Pinot Noir with the balance in Sauvignon Blanc, Pinot Gris, Pinot Blanc, Riesling and Chardonnay.”

The wines have attracted national recognition with the 2017 Bannockburn Riesling and the 2015 Carrick Bannockburn Pinot Noir being named organic white wine and organic red wine of the year respectively in the 2018 New Zealand Wine of the Year Competition.

The Carrick restaurant , open six days a week in winter, with its ideal situation looking out to the Bannockburn inlet, nearby historic gold mining sluicings and the Carrick range has a strong following.

“The menu changes seasonally and is designed to showcase local produce along with the best game, seafood, summer fruit and organic vegetables in the region,” she says. “We also have a small kitchen garden which produces herbs, vegetables and edible flowers and we also make oil from organically grown olive trees in the vineyard.”

Head chef Gwen Harvie has a reputation for creating simple but innovative dishes and has twice been a finalist in the Silver Fern Farms Restaurant Awards.

Catherine says on site cellar door tastings as well as private tours are available at Carrick and the winery is a popular venue for events.

“A new feature is the recently opened Lake Dunstan cycle trail which runs through the property giving cyclists the opportunity to sample the Carrick label or visit the restaurant.”

Carrick winemaker Rosie Menzies joined the team in 2018 and the 2020 vintage marked her first harvest as chief winemaker.

She has an intense respect for the influence of organic principles in wine farming and production, a quality inherent to Carrick.

“It creates the best possible raw ingredients, but it’s also important as guardians of our land to bring life to the soils which in turn support our vines.”