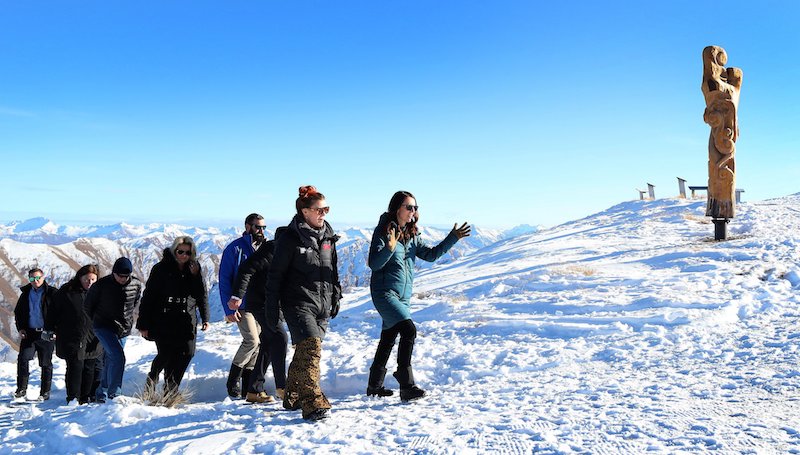 LoveWanaka Supporting Local has been the catch cry for the lakeside town’s recovery following the Covid-19 pandemic and has struck a significant chord with businesses, residents and visitors.

The campaign was devised by Lake Wanaka Tourism in partnership with Ignite Wanaka and launched as the country transitioned into Level 3, with the aim of collectively promoting a “go local” approach to doing business.

Lake Wanaka Tourism media and campaign manager Gizelle Regan says it was born out of a vision to unite as a community and rally behind businesses in a changed world.

“The idea is for businesses to offer promotions, discounts and initiatives under the banner of LoveWanaka Supporting Local. The rebuild needs to start at a local level with everyone working collectively.”

The campaign has been an outstanding success with a huge uptake from businesses.

“The innovative and proactive approach from local business has been phenomenal, complemented by unwavering support from the Wanaka community,” says Gizelle.

As part of the campaign a mini-series has been created highlighting the stories of eight Wanaka businesses who adapted their operations at a critical time. They range from the Ode Conscious Dining Restaurant selling 1.5 tonnes of apple crumble to the community as a fundraiser to keep the popular restaurant afloat, to Koha activities and one tour operator even turning grocery-deliverer for the vulnerable.

Lake Wanaka Tourism digital marketing executive Jessie Byrne says when the country moved from Level 3 to Level 2, they continued to drive the LoveWanakamessage as more businesses were able to open again.

“We started seeing LoveWanakapop up everywhere – on car bumpers and shop windows. The campaign now has a life that extends far beyond the alert levels and it has been incredible to see the community get behind it.”

“The district’s community and economic recovery doesn’t rest with one organisation or individual…everyone can play their part through supporting local businesses as often as they can. I would encourage everyone to rally round and help our district get through in as strong a position as possible.”

The Mountains Are Waiting

A winter ski campaign launched a month before the opening of the Wanaka ski areas was all about inspiring New Zealanders with the love, passion and respect local people have for their mountains.

The campaign video narrated by internationally renowned skiing legend Jossi Wells invited Kiwis to imagine the winter ahead and visit the region to ski and ride.

Prime Minster Jacinda Ardern officially opened the 2020 season at Cardrona Alpine Resort issuing the same message encouraging people to make the most of their own backyard and visit the ski areas in the south.