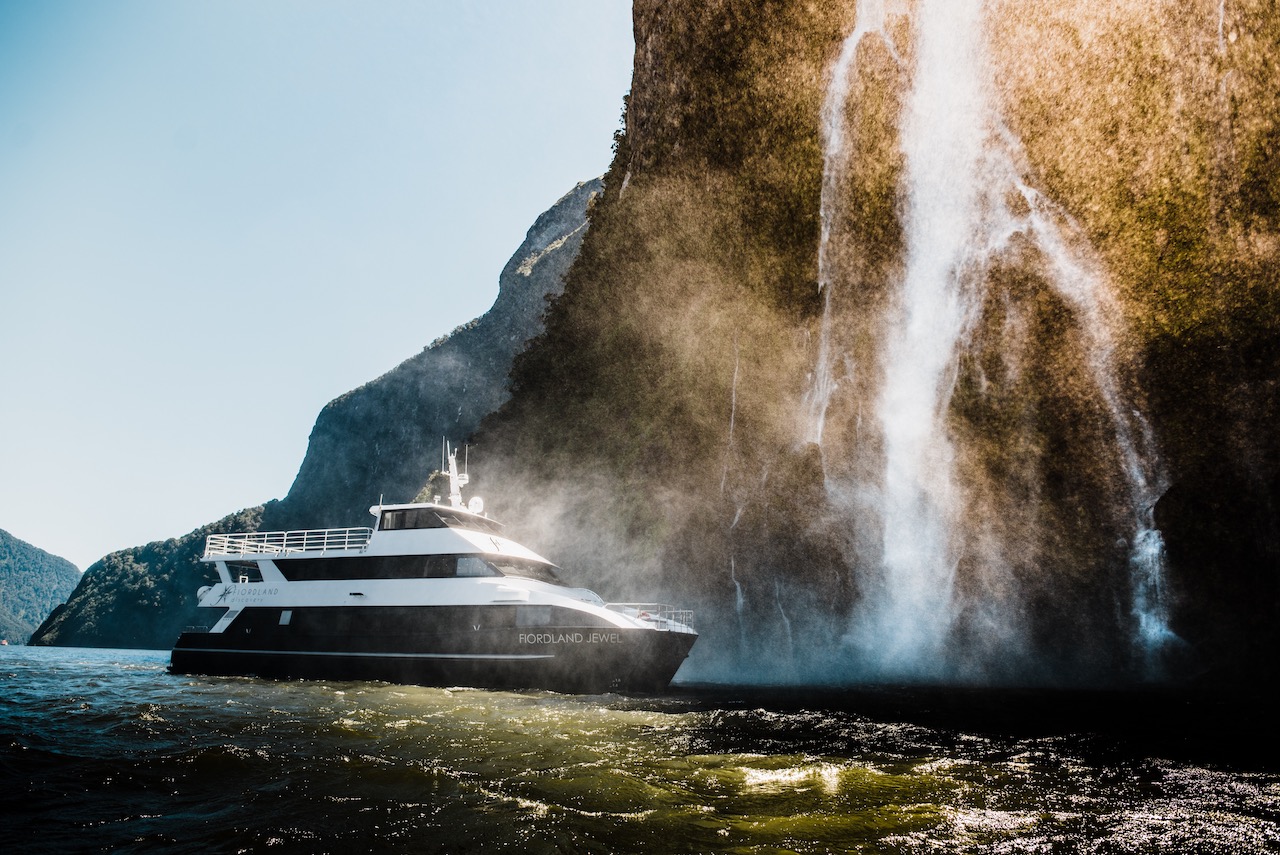 Rob Swale and his wife Kate Rollason own and operate Fiordland Discovery, which offers overnight cruises and five to seven-day charters in Fiordland and Stewart Island. Their purpose-built 24-metre catamaran, the Fiordland Jewel, boasts a helicopter pad, a hot tub, nine en-suite cabins and an on-board chef.

“The idea came from Rob whose father was a commercial fisherman in Fiordland – Rob spent much of his childhood in Fiordland and went on to inherit the business,” says Kate.

“He started fishing charters but lots of people wanted to bring their wives and families so we looked to buy a boat, but we couldn’t find anything. That’s when we realised there was a clear gap in the market for boutique experiences in Milford Sound, the southern fiords and Stewart Island. Rob drew up plans and was physically involved in the build of the boat, as were our sons. It has three levels with a helipad, which is a massive part of the versatility of the boat, because we can access very remote areas.”

The Fiordland Jewel also has kayaks, a tender and an ROV (Remote Operated Vehicle), allowing visitors to explore Fiordland from a very different viewpoint.

“As a child, Rob tells me he was curious to discover the unexplored depths of Fiordland so one of the first things he added to the boat was our ROV, an unmanned camera that can go to depths of up to 600 metres, screening live footage back to high definition televisions on board the boat. We see things no one has ever seen before and have even discovered new species,” says Kate.

“There’s also an incredible history here that people aren’t aware of. But we don’t do a set commentary, we’re very people orientated, so our guests tell us what their interests are and we’ll chat to them about what interests them – whether that’s history, geography or flora and fauna.”

The family has extensive historical knowledge of the area, but are also enthusiastic about preserving the area’s future.

“We’re focused on enjoying the area and conserving Fiordland,” she says. “When we catch food for the on-board meals we operate on a ‘catch a feed’ basis – taking no more than we need. As a nod to Rob’s past we have access to cray fishing pots and often serve blue cod as a main dish. “

“It’s such a buzz to share the region with visitors. We just love Fiordland, it’s so precious.”