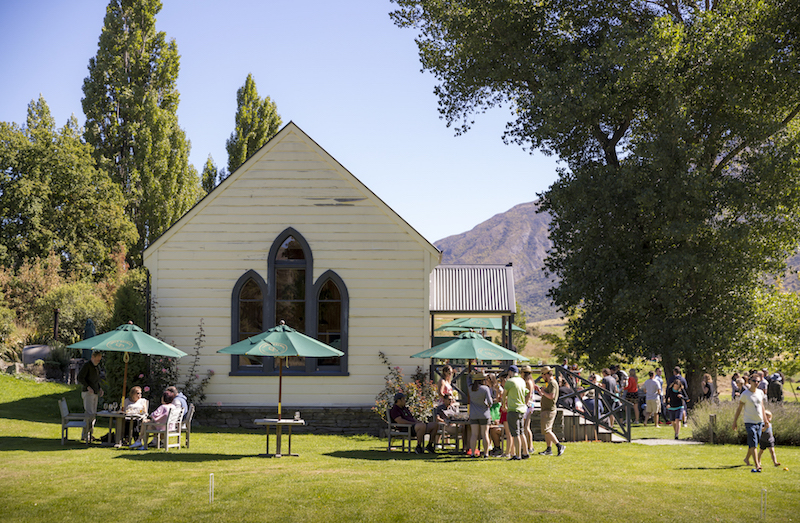 One of the Wakatipu’s most historic pubs is reopening for summer under the guidance of an award-winning Queenstown craft brewer.

Cargo Brewery has taken over the former Gantley’s hotel at Arthur’s Point, which was built in 1863 during the Otago gold rush. It takes its name from early owner Patrick Gantley, an Irishman who worked as a jailer in Arrowtown during the 1860s.

Cargo Brewery owner Malcolm Blakey already manages a micro-brewery at Waitiri Creek vineyard in Gibbston Valley and saw an opportunity to recreate Gantley’s as another venue with genuine character close to Queenstown.

“Cargo at Gantley’s will initially be a ‘pop-up’ craft beer pub with great food and wine set in a charming old building. It will be a different experience to Cargo at Waitiri Creek while still offering a seasonal food menu, extensive wine list and the same relaxed, friendly atmosphere.”

“The British-style beer garden is going to be a real attraction for families and we’ll have a regular programme of live music to add to the vibe,” he says.

Malcolm has a background in hospitality and event management and started Cargo Brewery four years ago and together with his wife Meron, a professional chef, went on to transform Waitiri Creek into a destination venue with beach volleyball, cricket and football pitches alongside a restaurant, tasting room, hop farm and micro-brewery where visitors can watch head brewer Jordan Wong at work.

Cargo has also hosted concerts by the Black Seeds, Dave Dobbyn and superstar DJ Fatboy Slim who played to 3,000 people at the vineyard in February 2019.

“As well as Lost Cargo and the six beers in our Classic range we have a different seasonal brew on tap at Waitiri Creek each week. These are only ever sold at the cellar door so it makes every visit a new adventure” says Malcolm.

The quality of Cargo’s beers was recognised at the 2019 Brewers Guild of New Zealand Beer Awards. Cargo entered four beers resulting in two bronze medals and a prestigious gold medal for its Porter.

“More than 800 different beers were entered and the Guild only awarded 20 gold medals so the whole team is incredibly proud. We’re looking forward to sharing our success with beer aficionados this summer.”

Cargo’s micro-brewery at Waitiri Creek is open to groups who want to learn about the brewing process and craft their own beer in a day.

“We discuss the type of beer they’d like to make ahead of their visit so we can prepare the right ingredients. Teams then compete for the best result and take on other challenges in and around the beer garden throughout the day,” he says.

“It’s also a great option for stag parties. Mates can create their own unique beer and one month later we’ll deliver a keg to the wedding.”