Ben Lewis has put his name in lights again, being selected as one of 20 designers worldwide to be featured in the World’s Leading Design Names 2018 publication by Design et al magazine, placing him alongside pioneering international designers such as David Linley and Nick Candy.

After taking second place in 2017 in the prestigious International Design & Architecture Awards for his residential interior design work, Ben has again been shortlisted for the 2018 awards to be decided in London in August.

“This has earned them a reputation within the industry for detailing some of the finest residential and commercial properties in New Zealand.”

Trenzseater’s interior design projects, led by Ben, have been recognised both in New Zealand and internationally for two consecutive years with three honourable mentions at the International Design Awards. Ben says his team deserves recognition for the comprehensive design service they have developed based on their unique aesthetic vision. 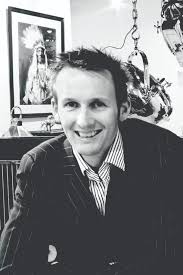