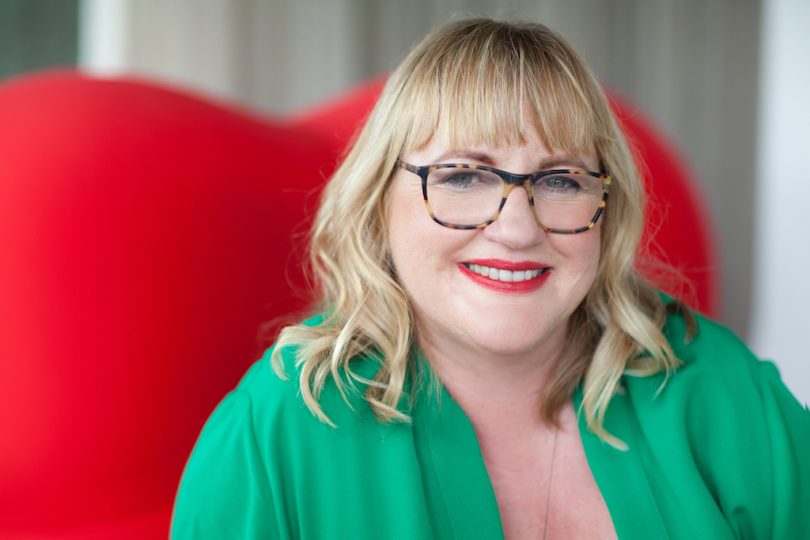 The organisation is led by prominent businesswoman, Theresa Gattung, and is gaining popularity for its ability to bankroll and mentor business in New Zealand.

“I heard Canadian entrepreneur and SheEO founder, Vicki Saunders, speak in the US and was very taken with the idea that women found it harder to get venture capital financing than men. Having mentored women in the past I know both support and cash are vitally important,” says Theresa.

The two women collaborated in launching SheEO in New Zealand, joining a network operating in the US, Canada and Australia.

Every year up to 500 women activators each pay $1100 to create a funding pool that is distributed to five early stage businesses led by women, as an interest free five-year loan.

“I loved the idea of women coming together and choosing which ventures to fund – it seemed a real Kiwi way to approach the problem. This is for everyday women and not just something that only wealthy entrepreneurs can do,” says Theresa.

The Queenstown Chamber of Commerce recently hosted Theresa as a keynote speaker at a Deloitte Business function where five local women were named as being supported into the organisation.

“The Chamber was thrilled when Theresa agreed to speak and we were even more excited when she asked us to activate five women in lieu of paying her speaker fees,” says Queenstown Chamber of Commerce CEO, Anna Mickell. “Philanthropic acts like this are amazing, not only for the money they raise but the community they create.”

Theresa says the Queenstown Chamber initiative is a new concept.

“Cecilia Robinson of My Food Bag gave me the idea to give my speaking time in return for support. I wanted Queenstown and Wanaka based women to experience the summit so we can get more women involved locally because this is such an entrepreneurial area. I don’t want SheEO to be led out of Auckland, it’s very important to have diversity and regional spread as our venture applications come from all over the country.”

Theresa’s goal is for the investment fund to reach one million dollars in its first three years.

She says the investment application criteria is straight forward.

“You have to be a business or a social enterprise with revenue between $50,000 and two million dollars, be 51 % women owned or led and be doing something that makes a better world. The funding allows these businesses to be more ambitious with their planning and access invaluable mentoring and networking.”

“Through working on My Food Bag with Cecilia I could see it would have been hard for her, as a young female entrepreneur, to introduce a whole new concept around food and get people queuing up to invest.”

“This is a twin push to do something of value. The problem with traditional investing is the whole go fast, go hard, become a unicorn attitude does not necessarily align with women. We need to support them in real life and get away from the go hard or go home model,” she says. “Secondly, businesses are often forced to give away too much equity for investment at an early stage of development. Where SheEO really helps is the money is interest free and does not dilute your equity stake – it’s win-win for everyone.”